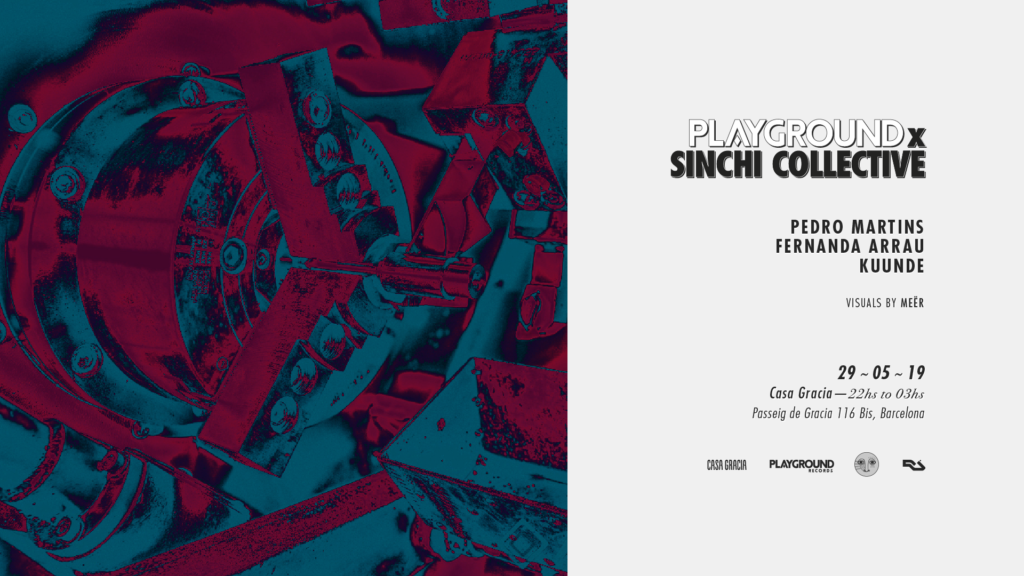 Playground and Sinchi Collective join forces for the first time to present a night loaded of good music.

In one side will be an Amsterdam resident but with Portuguese roots; we’re talking about Pedro Martins, a connoisseur, crate digger and the founder of Karakter Records, an international label dedicated to hypnotic, rhythmic and intense alternative music and a member of Sinchi Collective.

On the other side the Chilean, Madrid based, Fernanda Arrau, owner of a unique style on the decks and with her recent launched owns imprint United Colors of Rhythm, she is ready to burning down Casa Gracia.

And last but not least one of the founder of Playground and Casa Gracia resident dj, Kuunde.

The visual installation will be in charge of ⊕meër⊕.