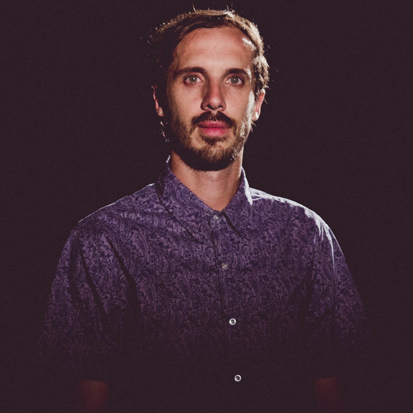 BALAM is a musician, producer, DJ and LIVE act from Buenos Aires, Argentina.

After a long time working with his indie dance band that allowed him to play in many countries and festivals around the world, he gets all into his new solo project “BALAM” as producer, DJ and Live act focusing on techno and disco mixed with acid, ethnics and shamanic sounds, all produced and recorded in his studio combining real analog synthesizers, like modular synths, moogs, arp with guitars, real and weird percussion sounds creating a unique atmosphere making every track a voyage through the Latin-American jungle.

In 2019 he released Lentombi for the recognized label MULTI CULTI (Ca) for the CULTED004 series only on vinyl.

Also in 2019 his track Yucatán, released by United Colors of Rythm (Sp) in 2018, was featured in Dekmantel and Resident Advisor official Spotify playlist as one of the tracks that defined the sound of this year Dekmantel edition.

In September 2019 he made his first Europe and Israel tour, playing in Barcelona (Sp), Tel Aviv and Ashqelon (IL) as DJ and premiering his LIVE act at Hard Fist Records 11th Anniversary in Lyon, Francia.

At the moment he is working in 2 new EPs for Hard Fist Records, one on vinyl and one digital, also working on 2 new tracks for Multi Culti, and about to release remixes for Karakter, DMNSIA, Lassi, among others.

In July 2018 Balam played for the first time in USA in the prestigious radio from Brooklyn, New York “The Lot Radio” and in Samo Records Night at Jupiter Disco, Brooklyn, New York. In November 2018 he played in Mexico at Radio Aire Libre and OTTO club both from Ciudad de Mexico and at Torreon in Sonorama.